With air-suspended monasteries, serene natural ports, an Oscar-worthy view and picture-perfect beaches, a slice of land pays tribute to the beauty of archipelago and the blue of the sea. 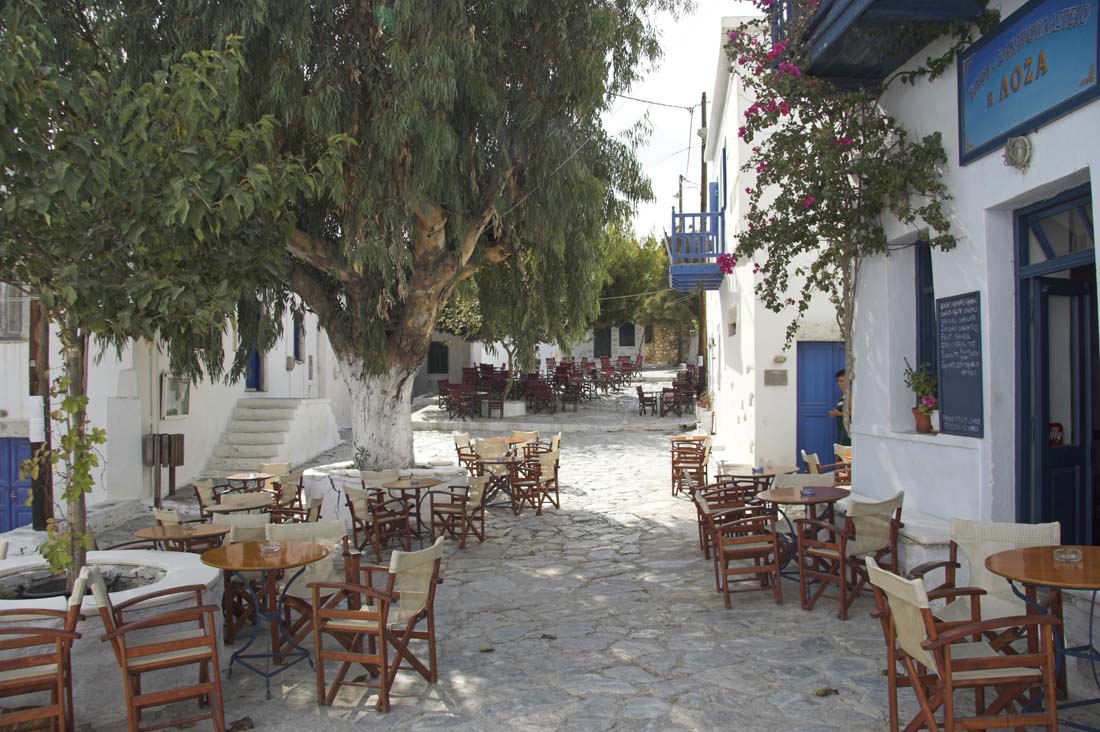 Unseen from the sea, away from the blue waters surrounding the island, Chora of Amorgos stands in all its majesty on the top of a hill, overlooking the Aegean from 350 m. up above. After a glimpse of the mainland’s rugged beauty, with its imposing massifs, steep cliffs and island rubble walls during the journey towards the capital of the island, there comes the moment you reach one of the most beautiful Choras of the Aegean. The two squares, Kato and Apano Losa, the cobbled streets, the pristine white plateaus, the churches and the picturesque traditional cafès all demonstrate the insurmountable beauty of the settlement stretching around the rock of the Venetian Castle. While wandering, you will meet two-storey mansions, the arches of “Embrostiada”, windmills and Tower of Gavras (Pirgos tou Gavra), which houses the Archaeological Museum of Amorgos. Chora is 6 km away from Katapola and approximately 20 km away from Aegiali. 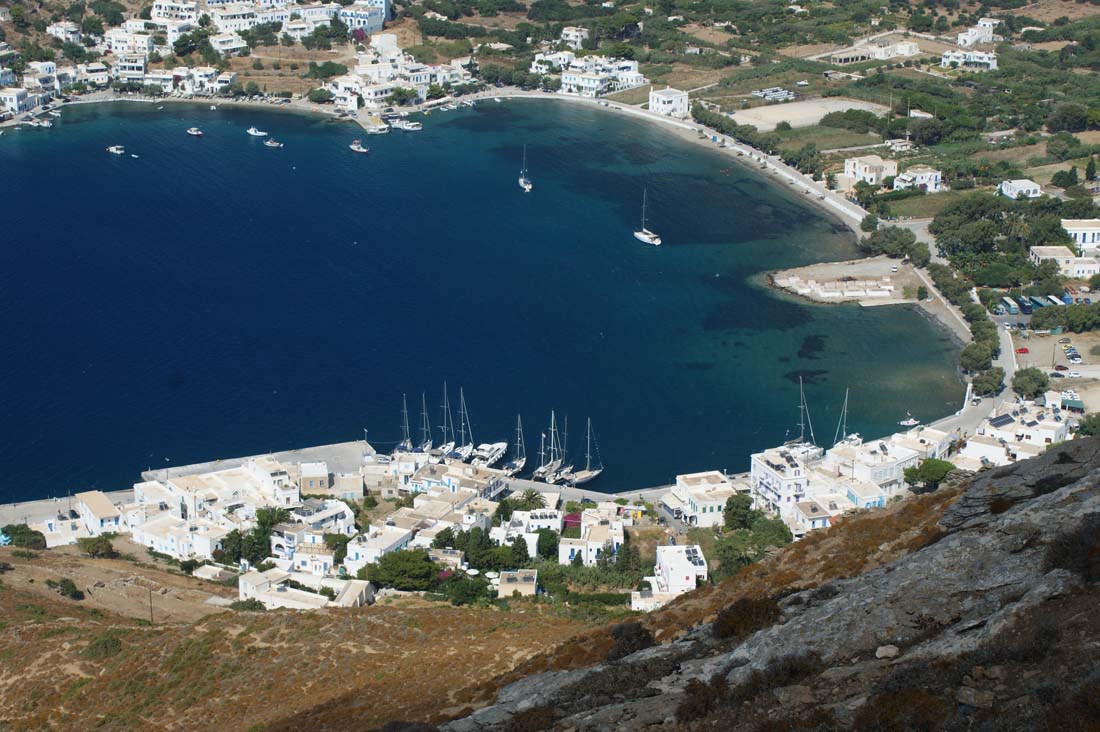 The main port of Amorgos and the best natural harbor of Cyclades is located almost at the center of the island, 6 km away from Chora. Once you set your eyes on this calm bay, you can see its three settlements, Xilokeratidi, Rachidi and Katapola, as well as the plain and Moundoulia (or Minoa) Hill at the back. Katapola used to be a stronghold of the pirates of the Mediterranean during the Ottoman rule, while now it is the heart of the tourist life. Quaint chapels, white Cycladic houses, alleys, an old stone mill and the large beach of Katapola compose one of the most picturesque island images of Amorgos. The most significant sights of the area include Panagia Katapoliani and Ancient Minoa, the latter being of great archaeological interest.

A natural cove, surrounded by amazing beaches and traditional villages with panoramic views. Tholaria, close to Ancient Aegiali (one of the three significant ancient cities of Amorgos), Potamos village perched on the hillside above the port with an amazing viewpoint to sunset, and Lagada, a gem of Kampos, create the triptyque of Aegiali. Ormos Aegialis, the second port of Amorgos, over time evolved into a cosmopolitan tourist resort, yet preserving its quaintness as well as the uniqueness of the natural landscape. Aegiali is approximately 20 km away from Chora. 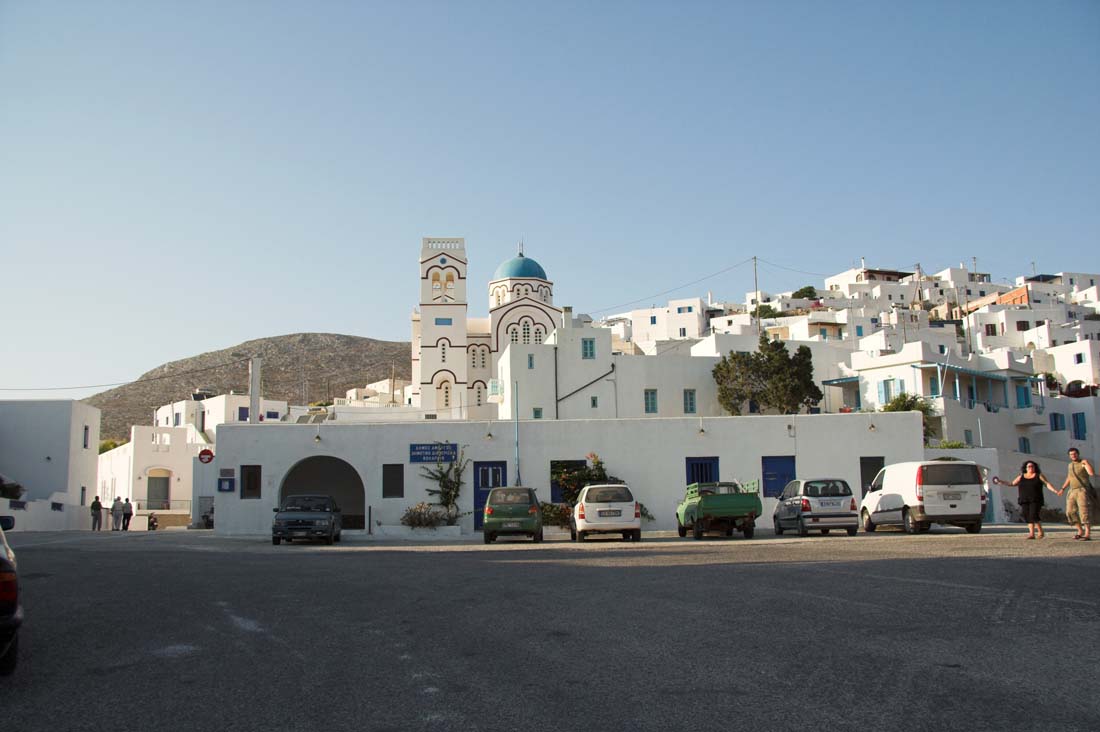 Above from Ormos Aegialis, on the hill of Vigla, you will find Tholaria, an Aegean balcony with views to the amazing blue of the sea. En route to the settlement you will meet recently whitewashed cobbled streets, arches, pergolas and Cycladic sugar-cube square houses of dazzling white, while you can savor mouthwatering mezè dishes accompanied by local psimeni raki (a Greek pomace brandy) at the quaint taverns of the square. Don’t miss the festivities held at Tholaria on July 1st when the Agioi Anargiroi church celebrates. Tholaria is also the starting point of the trail leading to Mikri Vlyhada beach.

Leaving Chora behind and heading to Kato Meria, you suddenly realize that the landscape changes. Here, at the southwestern part of the island, the scenery includes fields, farmhouses and domestic animals. Serenity and tranquility prevail in this island plain. You realize, that in a 12 km distance from the capital of Amorgos and in an entirely rural area, you will find the most authentic side of Amorgos. Small settlements with deeply rooted traditions and warm hospitality, such as Kamari, Vroutsi, Arkessini and Kolofana are representatives of the old, traditional way of living, when everything was pure and true. In Arkessini, you should definitely see Agios Onoufrios church, the Ancient Tower of Agia Triada and Chalkidio, the old smithy now operating as a folk museum. Don’t forget to visit the citadel of Ancient Arkessini, one of the three ancient cities of Amorgos, where you will also find Panagia Kastriani. Complete your tour in Kato Meria with a visit to the shipwreck at Liveros Bay and some splashing in the leeward cove of Kalotaritissa. 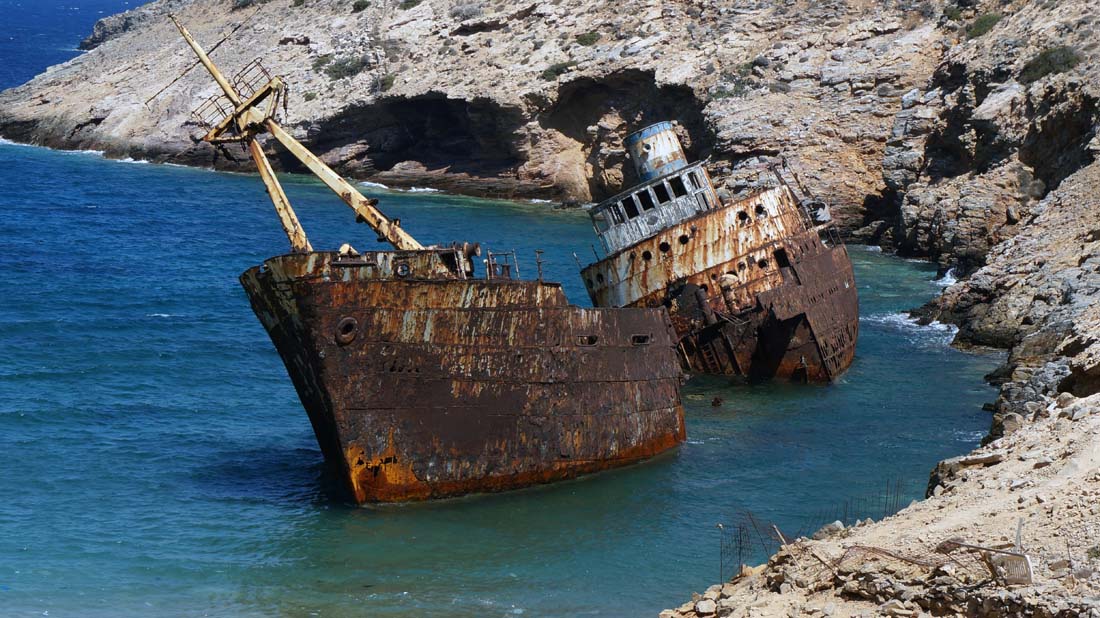 That February of 1980, northers were blowing at force ten, when “Olympia”, a Cypriot-flagged ship ended up in Liveros Bay. Despite the efforts for a safe anchorage, the miscalculations of the captain lead to a collision into rocks. For forty years now, this silent rusted wreck is at the mercy of the blue sea, being one of the most significant sights of Kato Meria. Footage of Luc Besson’s The Big Blue were filmed here as well. 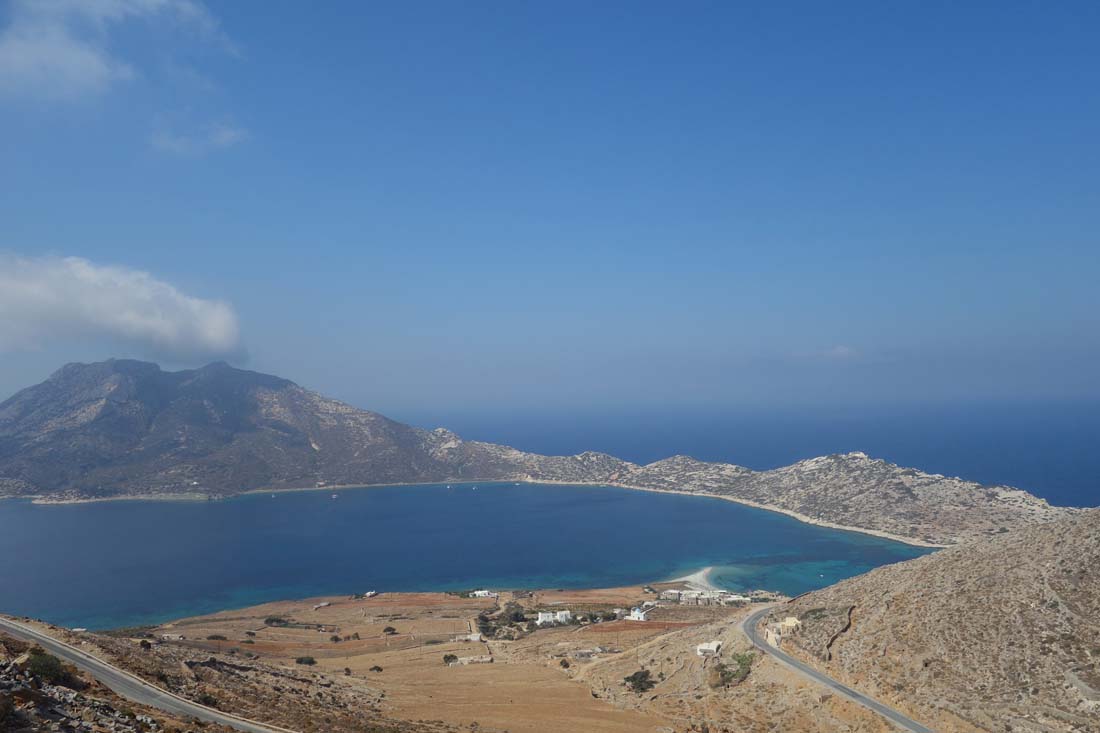 An uninhabited islet, just 300 meters away from the shores of Amorgos. You can reach it with a fishing boat from Agios Pavlos or with a yacht, to indulge in countless invigorating dives and lose yourself in the vastness of the Aegean. You can choose between Megali Nikouria beach, which is fairly organized (with sun umbrellas and sunbeds), and the untouched Mikri Nikouria beach. Do not miss out a visit to the chapel of Panagia Nikouriani. 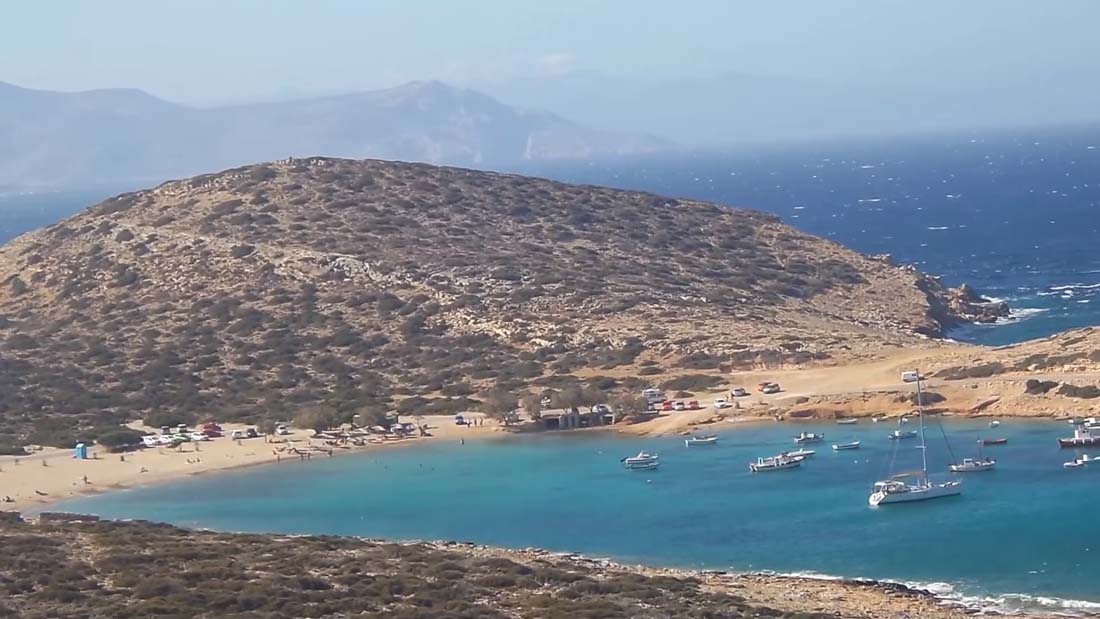 An islet with clear lapis-and-emerald waters behind Kalotaritissa bay. During the summer months, it welcomes every day visitors arriving by the small boat from Kalotaritissa to its dreamy beaches.