The Ochi Day anniversary and the higher than seasonal temperatures are the perfect reasons for flash city getaways! Which destination will you choose for this summer-ish 3-day-break? Nafplio, Aegina, Hydra or Kythnos?

Nafplio, our first and eternal love 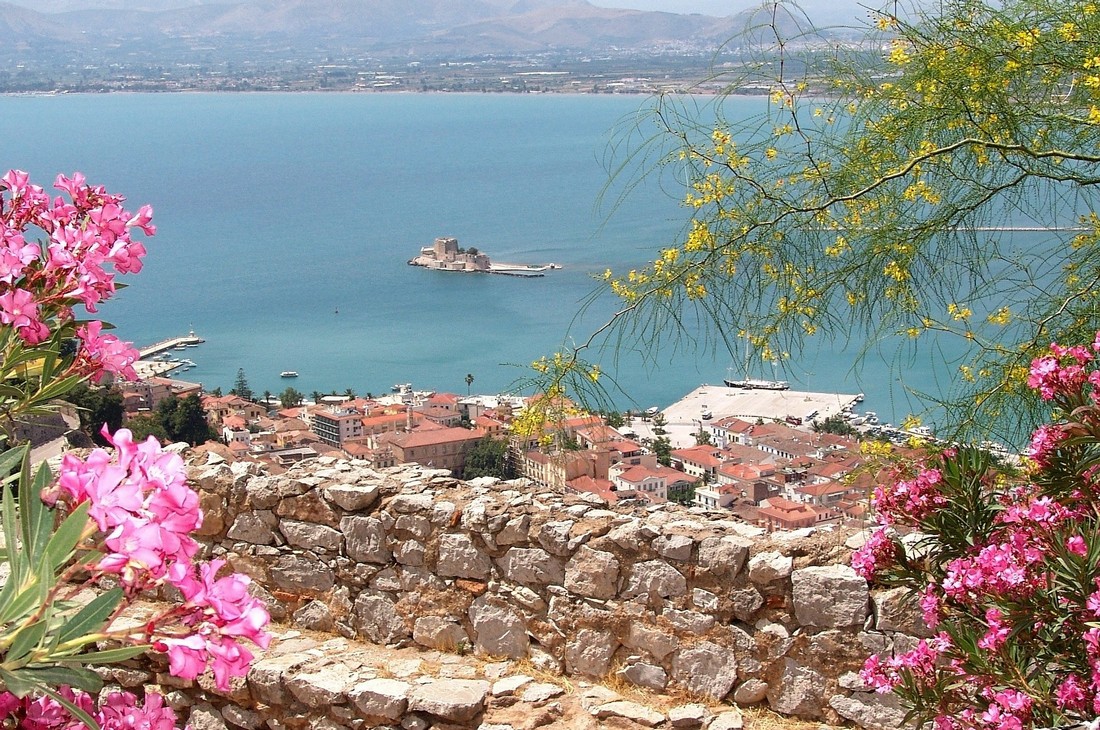 Nafplio will always be our first thought for a weekend off-town, as only 138 km (about 2-hour drive) separate the city of Athens from the pride and joy of the Peloponnese, which was the first capital of the Modern Greek state. Once we get there, our tour begins with the Old Town of imposing neoclassical buildings, old mansions, charming small taverns, cobblestone alleys, quaint shops, kombologadika (worry beads’ shops, for an incomparable souvenir) and Ottoman fountains, ornaments to a dream town “hiding” an Italian style —some would claim— piazza in its heart, the historical Syntagma Square. Here we find Vouleftiko (which housed the first Greek Parliament), Trianon (a mosque and later a Mutual Learning School) and the Archaeological Museum. The church of Agios Spyridon also stands within close distance, in the yard of which the first Governor of Greece, Ioannis Kapodistrias, was murdered. Continuing our stroll on the paths of History, we find ourselves in Palamidi. We will climb all the —according to the tradition— 999 steps and we will reach the castle hovering 216 m above Nafplio. One of the dark cells of this Venetian fortress used to be the prison of Theodoros Kolokotronis. Now, on the same spot we admire the imposing bastions and the unobstructed view to the Argolic Gulf from the chapel of Agios Andreas on the top of the fortress. On the roots of Palamidi, Akronafplia and the famous Arvanitia Promenade, the seaside route around the peninsula, is ideal for an alternative romantic experience, a walk hand in hand or a bike ride against the backdrop of the sea. Another choice for those in love is sipping drinks while enjoying the view to the islet of Agioi Theodoroi and the multiphotographed fortress of Bourtzi. On the occasion of the National Holiday of 28th October, an event will take place at Vouleftikon this Sunday at 19:00, with the author Akis Bouras as a speaker and songs of Sofia Vembo performed by Despina Stefanidou (piano-vocals).

Aegina: An island for all seasons 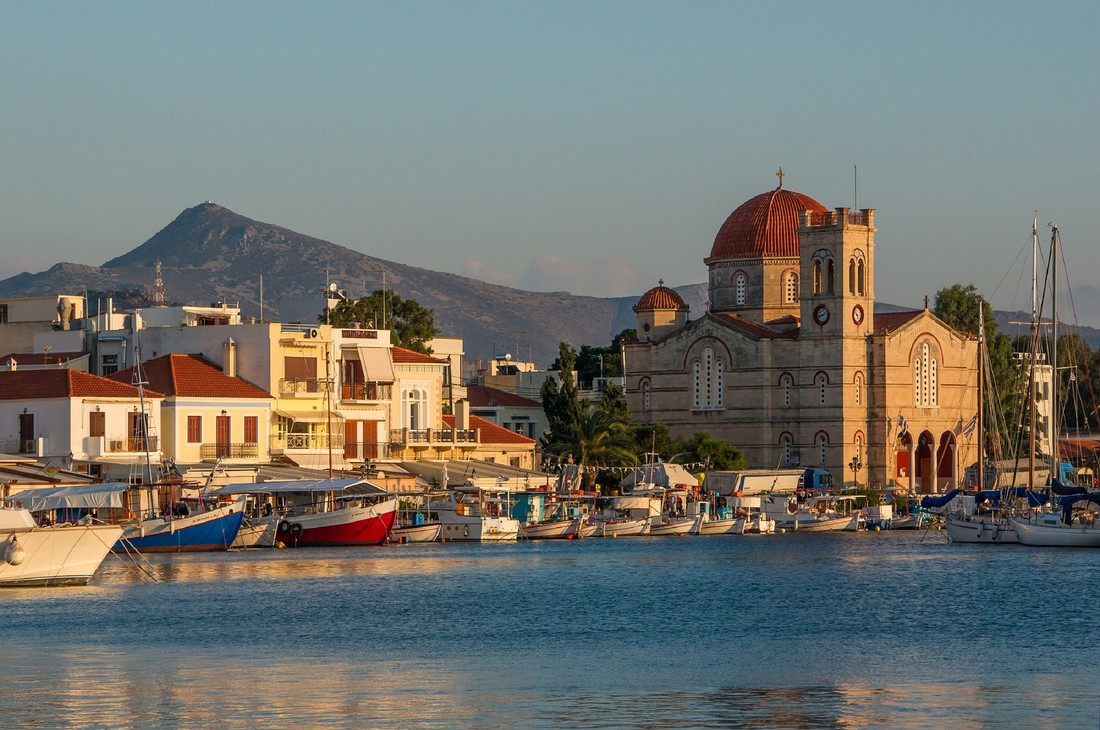 A short break equals Aegina! Why choose the second biggest island of the Saronic Gulf for your 3-day-break? Because: a) it is connected with the port of Piraeus with regular services (almost every hour), b) it takes only 60’ to get there with a regular transport ship and c) the cost is very low (one-way tickets start from €9). Once you get there, you realize this is an all-time-classic travel destination with a “full package”: history, culture, sightseeing and quality options for accommodation, food, recreation and shopping. Your tour in Aegina begins from the port. The colorful trawls, the small boats, the small chapel of Ai Nikolas and the unique floating grocery stores create a picturesque sea scenery. This image is complete with one-horse shays, an absolute must for an unforgettable promenade. The crowded Chora is brimming with quaint alleys, well preserved majestic neoclassical edifices, such as the Markellos Tower, the Governor’s House (Kyverneio) and the Kapodistrian Orphanage, as well as with cute small shops, art galleries, restaurants and speakeasies along the coastal road. Outside the town of Aegina, you should definitely visit the most famous site of the island, which is no other than the impressive Temple of Aphaea on the road to Agia Marina. This sublime archaic temple, with an unobstructed and panoramic sea view, is dated back to 500 B.C. and is considered the model upon which the architects Ictinus and Callicrates worked in order to design the Parthenon. It is said that the Temple of Aphaea, the Temple of Poseidon in cape Sounio, and the Acropolis form an imaginary isosceles triangle. A point of great cultural interest is The Christos Kapralos Museum of Aegina, on the road to Souvala, where creations of the sculptor Christos Kapralos are on display. You can also visit the female Monastery of Agios Nektarios, only 6km from the center of Aegina, one of the most significant pilgrimage sites of the Orthodox Church, attracting flocks of faithful from every part of Greece and not only. As for the culinary delights of Aegina, in the charming fishing village of Perdika (10 km from the port) that is reminiscent of Cyclades, you can taste katsoules (fish of the Saronic Gulf) fried in fresh butter, and fine meze dishes against the background of sunset. It goes without saying that you will buy Aegina pistachios (fistiki Aeginis, in Greek) straight from the producers and all of the delicious versions of this PDO product (Aegina pistachio nougat, Aegina pistachio chocolate bars etc), which are the best souvenirs for your beloved ones. After the 28th October school parade at the central square of the town of Aegina and the wreath laying ceremony at Ethnegersias square, you can head to Souvala or Agia Marina for coffee or food with a sea view, a perfect closure for this 3-day-break.

Hydra: Radiating with class and elegance 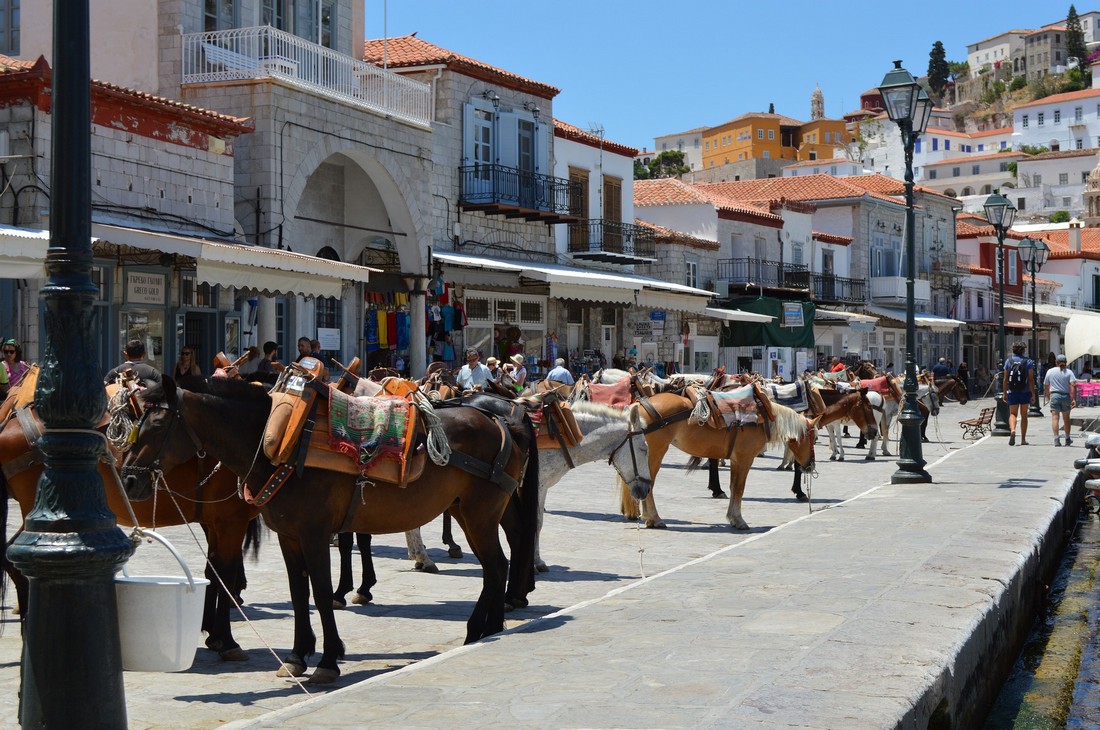 Hydra is beautiful all year round, but during the autumn it is magic! The flying dolphin trip from the port of Piraeus lasts only 90 minutes, meaning you can get to the siren of the Saronic Gulf easily and quickly. Free from the summer heat, the throngs of tourists and the wheeled vehicles (all transportations are done by foot or by water taxis), the island of the Greek Revolution is the ideal destination to get away from the hustle and bustle of everyday life. Travelling back in time already begins at the beautiful port, around which people built the landmark settlement of Hydra. Bastions with canons facing the sea, busts of admirals, 18th-century manors, imposing public buildings, captain mansions, old churches and cobblestone streets are always there to remind visitors of the centuries-old maritime tradition of the island, setting up an exquisite scenery that became a pole of attraction and inspiration for world renowned personalities, such as Picasso, Chagall, Henry Miller, Leonard Cohen, Seferis, Elytis and others. In 1957, when the Boy on a Dolphin movie, starring Sophia Lauren, was filmed on the island, Hydra rose to international prominence and was established as one of the most cosmopolitan destinations in Greece, attracting jet-setters from all over the world. Once you will get here, you will head up towards Kiafa, the old part of the town with its small hotels and the nostalgic mansions of the past, you will enjoy your coffee and the sea view at the pier or at the rocky background of Spilia. Those defiant of the autumn season will take a dip in Hydronetta, while the fans of everything alternative will follow the coastal road leading to Kaminia within 10’. In this small fishing port stands the “Red House”, once the residence of Andreas Miaoulis and now a venue of artistic expression, hosting exhibitions during the summer. On 28th October, on the occasion of 76 years from the collision of the legendary Hunt-class destroyer “ADRIAS” (L 67) on a mine, the Historical Archive – Museum of Hydra organizes the official act of remembrance named Memories of Pride. This year the 3-day-break of the national holiday coincides with the “Hydra Yacht Race 2019”, starting on Saturday from Faliro and finishing on Sunday with the award ceremony.

Kythnos, the “outsider” of Cyclades 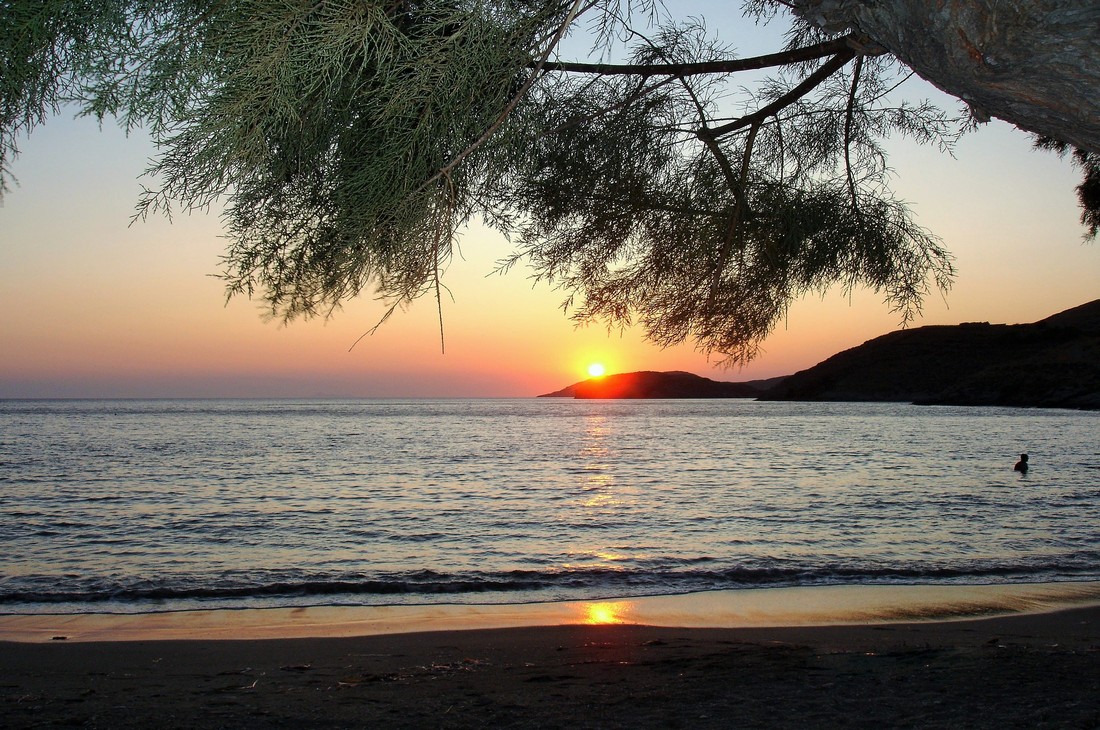 A secret paradise for sophisticated weekenders, yet a real revelation for other uninitiated travelers… Kythnos is the West Cyclades alternative for those in search of a destination close to Athens for an autumn break. The trip takes only two hours from the port of Lavrio and three hours from the port of Pireaus, which means that three days are more than enough for you to relax and to discover the attractions of the island of simplicity; the port of Merichas, an anchorage of choice for Italian yacht owners who love spending their holidays in the Greek islands; the unspoiled Cycladic Chora (or Messaria), of whitewashed cobblestone streets, neat courtyards, dazzling-white churches, traditional taverns (sfougata, croquettes made with local trima cheese, are an absolute must), new age restaurants and speakeasies; Loutra, a picturesque cove boasting two thermal springs unique in Cyclades —Kythnos is also known as Thermia, another name for hot springs— but also Dryopida, a settlement unseen from the sea, with red shingle roofs, that looks like something out of a Greek mountain village. There you will have the opportunity to visit Katafyki cave with its spectacular stalactites, the greatest in Cyclades. At the southeastern part of Kythnos, at Panagia Kanala village with the monastery of the same name, you will feel that Nature has worked wonders and blessed the area with luscious greenery all the way to the deep blue waters. Weather permitting, you will enjoy your dips in virgin inlets and beaches with idyllic waters, such as the famous Kolona, Apokrousi and Megali Ammos. The national holiday celebrations of 28th October in Kythnos include a school parade in Chora and Dryopida with a service of praise and a wreath laying ceremony at the monument to the Fallen Heroes.